The Video Mode has rounded up a list of some of the best timelapse inspiration videos on Vimeo.

1. The Mountain by TSO Photography

Taken from up on Spain’s highest mountain, El Teide, this gorgeously serene timelapse from TSO photography edits together several different perspectives, from roiling clouds in the Spanish sun to the night sky seeming to move as the Earth turns on its axis. Highlight comes at 0:32, where we see the Milky Way through the lens of a distant sandstorm.

Keith Loutit brings a whole new perspective to Singapore with his tilt-shift timelapse. Watching the bokeh ripple through and consume the cityscapes is mesmerising.

3. BEYOND NATURE Iceland Timelapse by aprilgarden

Some stunning pans over the waters, coasts and falls of Iceland, complete with appropriately dramatic skies and sunsets.

This masterful timelapse was a five-month project for photographer Morton Rustad, taking in all of Norway’s 19 counties. The fjords and the Northern Lights are as beautiful as you’d expect, though the standout moment comes when the sun rises magnificently through the mountains, starting at 01:20. This video impressed one of our technical writers so much that he selected it as his favourite image of 2014, despite the fact that it is a video. That is the power of this timelapse.

A break from landscapes – a spherical timelapse inspiration video of cycling and driving by Jonas Ginter, shot with six GoPro cameras on a custom 3D-printed mount. Further attempts to explain will only confuse you – just watch it. There are some behind-the-scenes pictures at Jonas’s blog (German).

Two weeks of travelling in Kazakhstan results in this wonderfully varied sequence, featuring windswept deserts, lonely roads and the truly beautiful view of the night sky in the preview still above.

6. Adventure Is Calling by Shane Black

You may have dreamed of packing in the day job and heading off to explore the world, but Shane Black and his friends actually did it. The result was this fantastic timelapse taken from more than 10,000 images of their travels in America, so impressive that National Geographic picked it up almost as soon as it was published.

Yes you read that correctly – a timelapse at a whopping resolution of 10328 x 7760, courtesy of photographer and…

Filming timelapses are a fantastic creative way of indicating the passing of time in videos, like a cityscape changing from… 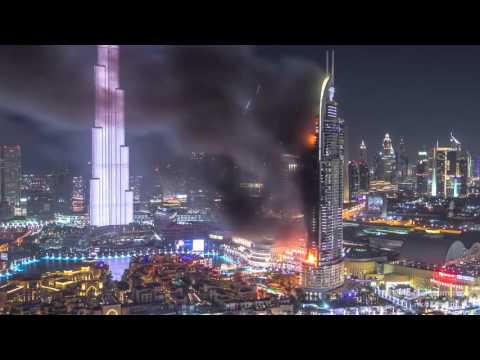 Julian Tryba took time-lapse to a new place with what he claimed to be the world’s first ‘Layer-lapse’ – a timelapse of Boston where different times of day are shown in different parts of the frame, melding day and night together.

This kaleidoscopic trip through several American cities is an absolute must-watch. Michael Shainblum wanted to do soemthing unique and different with time-lapse, and his mirrored images of Chicago, San Francisco, San Diego, Las Vegas and Los Angeles.

Dustin Farrell has made four timelapse videos in his ‘Landscapes’ series in the last four years – he is not a man to be hurried. It’s worth it though, because his videos are utterly sublime. This compilation shows off some of his finest moments, though it’s worth heading to his profile to watch the whole lot.

Wildlife and nature photographer and videographer, Luke Massey, gives us his top tips for shooting…